Last weekend I visited Wakehurst Place in Sussex, hoping to catch the autumn colours. Glorious at any time, in fact most of the leaves had dropped and I had to be content with kicking my way through their crunchy carpet of colour. Then, serendipitously, I rounded a corner and encountered this Japanese maple – small, elegant, and flaming red. And it stopped me in my tracks.

I lingered awhile, then moved on. But the flaming red stayed with me. Earlier that day, I had talked with friends who argued for the ‘absoluteness’ of how God is presented in scripture, whereas I argued for more mystery & uncertainty, more allowance for each of us to wrestle, explore, experiment, listen, and play, so that a personal story & relationship ‘unfurl’. I just don’t believe, any more, in a faith that nails down its certainty, that believes it fully understands what God is or what God intends. This sense is supported by conversations I have with people I accompany, watching them move from simply accepting the so-called truths told them about the ‘God out there’, and come more and more into an experience with the ‘God within’.

Back to the burning bush, that red, miraculous shining. I was having my own ‘Moses experience’, on holy ground (although refrained from taking my shoes off on that wet and cold day), and I heard this small tree, in its autumn glory, announce that all creation is aflame with God, and that we are each invited to stop, listen, bow, and play our part in the dance, the colour, and the song of love and suffering in the world.

What if Scripture, rather than being an absolute to be taken on board literally, contains pointers to the nature of God, and how God is revealed in the world. What if it is an invitation for each of us to find God for ourselves, in our own encounters. This is how scripture (those ancient accounts from a culture and language so distant from our own), and the world, comes alive! I want to keep my eyes, my ears, and my heart open to burning bushes that stop me in my tracks, draw me, invite me to remove my shoes and bow to the mysterious, alluring, unknowable God.

PS: Gerard Manley Hopkins says it much better than I in his glorious poem God’s Grandeur:

The world is charged with the grandeur of God.
It will flame out, like shining from shook foil;
It gathers to a greatness, like the ooze of oil
Crushed. Why do men then now not reck his rod?
Generations have trod, have trod, have trod;
And all is seared with trade; bleared, smeared with toil;
And wears man’s smudge and shares man’s smell: the soil
Is bare now, nor can foot feel, being shod.
And for all this, nature is never spent;
There lives the dearest freshness deep down things;
And though the last lights off the black West went
Oh, morning, at the brown brink eastward, springs —
Because the Holy Ghost over the bent
World broods with warm breast and with ah! bright wings.

2 thoughts on “ The Burning Bush ”

In this new dispensation, I am now based in the North-East (County Durham), working mostly online. I travel to London every 4-6 weeks to meet people in-person at the House of Prayer in East Molesey.
Please use the contact page provided above to get in touch and we can arrange an initial session to explore how I can help you. 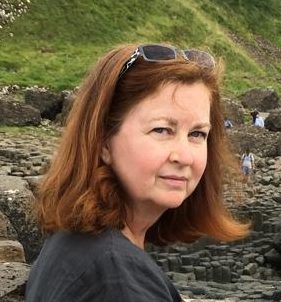